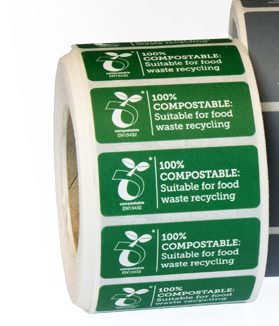 Ever wondered if the guy on the Uncle Ben’s rice packet is really Uncle Ben?

We all recognise the faces from our favourite food brands, but how much do we actually know about who these people are?

We at  Labels Plus, have done some detective work to clue you up on who you’re looking at on supermarket shelves and beyond. Some are real people, others are completely made up, but all are instantly recognisable and inextricably linked to their brand.

These characters are so strongly linked to their brand that one look at their smiling face is all it takes to get the taste of their delicious food in your mouth. But who are they? It’s time to give you the lowdown.

While Uncle Ben was a respected African American rice farmer in the United States, the happy-chappy smiling at you on the package isn’t actually him. That’s a picture of Frank Brown: the beloved maitre d’ of a Chicago restaurant frequented by the rice company’s executives.

The Colonel is more than just a face on a family bucket, he’s the guy who founded the Kentucky Fried Chicken (KFC) fast food restaurant chain. Harland David Sanders was honourably discharged from the Army and opened a service station in Corbin, Kentucky from which he offered delicious home cooked chicken meals. As his restaurant business and fame grew, so did his personality.

In the last 20 years of his life, he wasn’t seen in public without his trademark moustache, goatee and impeccable white suit. Now, he lives on as the logo for the company he brought to life.

The famous face of Quaker Oats is not an actual person. In the early days, the company identified their mystery man as William Penn “standard bearer of the Quakers and of Quaker Oats”. Nowadays, however, the company says he’s just a fictional character.

They chose to promote their products with the image of a man dressed in Quaker garb, since the Quaker faith represented the values of the food conglomerate: honesty, integrity, purity and strength.

Aunt Bessie is also a fictional character created as a marketing tool for the food company. The first ever Aunt Bessie’s Yorkshire Puddings were enjoyed at Butlins in the heady days of 1974, but in 2010 old Aunt Bessie was given a radical makeover in order to appeal to a new generation of younger shoppers.

Out went the specs, the wrinkles and the grey hair, making Bessie look ten years younger, while the recipes for all of her popular meals remained largely the same.

Hope you liked our insight into some of the characters used in the marketing of some of the well known food brands.

Can you think of anymore ……?